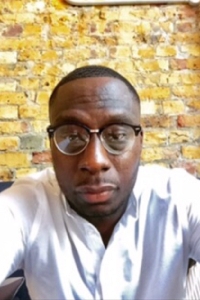 Solomon Odegbune ’s journey has been adventurous as well as daunting. A beginning that seemed predictable; infused with crime, drugs, tyranny and a tsunami of misfortune. Presumably it appeared as if his life had already failed before it had begun… However, life so gracefully has an appetite for spontaneity and thus Solomon was led on a journey from Slime to Prime.

Solomon grew up on Kennington Park Estate; 10 minutes from the glam of Central London. An estate built like a fortress, but unfortunately riddled with despondency and a culture that led most of its occupants down the same rabbit hole.

Some of Solomon’s achievements include; a Masters Degree in Applied Linguistics, which secured him a senior role at a prestigious university in the Middle East. In addition, he set up his own perfume company called Signature Fragrances London that he sold in 2017. Moreover, Solomon’s keenness toward learning has garnered him a profound multi-layered FROM SLIME TO PRIME outlook to life, which is needed in this era where perplexity is so rampant.

His goals in life are simple – to raise awareness of our true human potential, to ignite a ferocious attitude of high achieving against all odds, to remind people that they are valuable and money is just a by-product, but not the goal, and to spread more love and energy around the universe.

Solomon Odegbune – The Road Map from Slime to Prime

The Road Map from Slime to Prime 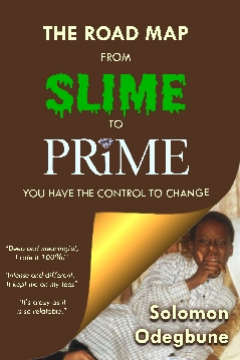