Her father was English and met her Scottish mother, by the banks of Loch Lomond, when completing his army training during the second world war, before being sent to India.

Lesley grew up in a traditional Scottish extended family set-up which gave her a deep sense of the importance of connections, working class community and love. This has been the foundation stone of her life.

She has worked in education for the last thirty-three years: as a teacher, of both English and English as an additional language, and, more recently, as the coordinator of international education within her local authority. She has also been a lifelong activist within her trade union, the Educational Institute of Scotland – campaigning for the rights of refugee and bilingual new arrival young people to Scotland.

She travels widely and in fact it was during her first travel experience east, to Turkey, in 1985, that she first sensed that a huge, previously untapped part of her consciousness was just being awakened. Reflections from her travels have inspired much of her poetry and she feels that at the moment, collectively, there is the opportunity to change and work together for a more fair, creative and socially just society.

A Life in Love 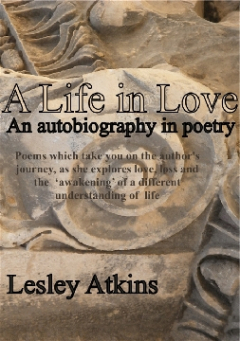