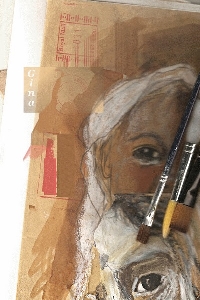 Gina Wilcox studied fine art at university and gained a 2:1 BA (Hons) degree. After graduating she exhibited her paintings in London, but when her son became seriously ill she had to stop and devote most of her time to his well-being.

She describes herself as a creative person with a fertile imagination. Writing and art are both equally important to her and she sees her two creative gifts as having much in common.

“Writing and painting follow the same pattern. Painting is composed of overlaying, scraping back, reapplying, infusing elements of the creator’s psyche to create a composition that works as a whole. Writing is little different; similar elements go into composing the written word. As the artist creates a painting, so too does the author create a written work with words which form a whole. Both require the spectator to view them visually and spiritually.”

When she was little Gina wrote sad poetry, and as an adult many of her artworks share her childhood penchant for thought-provoking imagery. 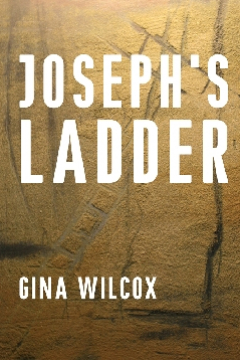