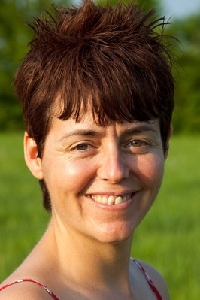 Fiona Maguire is a life coach who works with people’s energy fields, intuition and awareness. She is passionate about helping people to be comfortable with who they are and create a life that expresses who they are. During the coaching process she teaches people how to use their own energy, become aware and be guided by their intuition.

Fiona has over fifteen years experience of being a complementary therapist and has a degree in psychology.

Fiona says: “Growing up, I experienced the world differently from most people. I could, and still can, feel other people’s feelings as clearly as if they were my own. It took me until I was three to begin to realise that not everyone could do this, and often I would have a clearer sense of what someone felt than the person themselves.

This extraordinary ability did not always make me popular and I was often misunderstood by people. I often felt frustrated by this. Even though I was a very loving person who cared deeply for others, I could come across as being defensive and aggressive. It was also relatively easy for people to hurt me. At times – not often – I would get incredibly angry and lash out.

Through my teenage years and university I often used my quick wit and sarcasm to hide the fact that I was upset and to prevent myself from becoming angry. However, while at university I went off the rails for about two months and experienced an episode of manic depression. (I did not know this at the time and I did not seek help.)

Another coping mechanism I used to help me with the frustration and anger was sports. Since the age of five I have been a keen cyclist, and I competed in cycling from the ages of eleven to fourteen years old. I then became interested in karate and got up to black belt standard in three years.

When I graduated I worked in a psychiatric hospital for young people aged eleven to eighteen years old. The theoretical knowledge I had from my degree and the different therapeutic techniques that I was taught were beneficial for the children. However, it was my ability to intuitively know what the young people were feeling and what they needed that made my work with them highly beneficial. During this time I started to notice that if the mind was unhealthy the body was too and that they were incredibly linked and worked together. This led me to studying clinical massage therapy and opening my own clinic.

When I learnt to meditate, over ten years ago, the meditation started to physically break down the anger inside of me. I then became interested in Buddhism and what it means to be awake.

Studying psychology, religions, different spiritual paths and many body- and mind-based therapies, seeing hundreds of clients over the years and my own personal experience has brought me to one conclusion: awareness is all that is needed to let go of the past and to create the life you want. It is because of this insight that I created a process to help people become aware, called The Key to Awareness.”

Fiona is also a provider of life coaching that teaches you how to use your energy and intuition to move forward in your life. On top of this she also provides physical therapies to realign you physically, emotionally and mentally.

The Key to Awareness - Second Edition 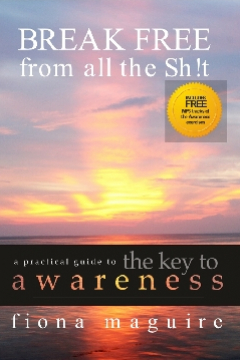