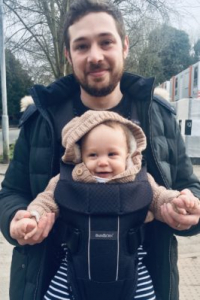 My name is Aria Nikjooy and I have a rather shorter list of accolades than the other authors described here!

I am a Paediatric Trainee Doctor working in Manchester. I’ve worked as a qualified doctor since 2014. I spend my days looking after unwell children from the second they’re born to when they decide not to be children anymore!

I trained in Birmingham and moved to Manchester with my pregnant wife in the summer of 2017.

In November 2018 I was diagnosed with a rare brain tumour, sitting in my Cerebellum in the back of my head. It was operated on, blasted with radiotherapy, subjected to chemotherapy and thankfully was kept at bay, up till March 2020 when the same brain tumour came back. I was off work for a year shouting at daytime TV programmes and writing in my notepad.

I’ve never published a page before and as part of my personal therapy of reading, writing and speaking out loud; I decided to write a children’s fiction book so I could read it to my toddler son.
The story is loosely based on illness and cancer and it was my hope that I could explain these issues to my son in a way that would hold his attention.

I hope your child/whoever else, enjoys the illustrations and listens to the story, it doesn’t necessarily need to be a lecture about illness, it can just be a magical journey of discovery…

I am eternally grateful to all those that have supported me, physically, mentally and emotionally; regardless of how near or far you’ve been.

And don’t worry, all the characters are fine at the end!

Eddie and the Magic Healing Stone 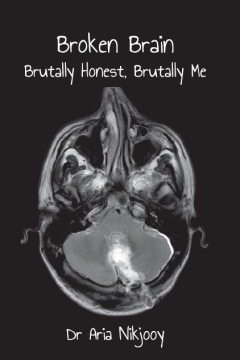 Eddie and the Last Dodo On Earth