Everybody's heard of Blondin (paperback)
'When I was very young, my father told me that Blondin had walked over Niagara Falls on a tightrope...' Without doubt, Blondin was a great artiste and a superlative showman. It is for his performances that he is remembered and it is because of his amazing feats that everybody (or virtually everybody!) has heard of Blondin.
Price: £4.99Price: £5.95

Aristo's Family (hardback)
As the practices at Papas late-night museum staff meetings unfold themselves to Pavlos, and he wonders at what it is that his archaeologist father brings back in polythene bags from his excavations, the teenage boy is led deeper into a sinister confrontation with those unquiet souls who loom from ancient times on Cyprus in what Papas calls his family . There is a poignant sub-plot to this novel as Aristo's obsessive need to trace and belong to his family - even though he was told they were all burnt and left unidentifiable during the Turkish invasion of Cyprus - has estranged his English wife, and is gradually distancing his only child, while in turn, Pavlos has an increasing need to trust that he belongs to a father who once made time for him. A strong blend of eeriness, suspense and the poignancy of lives which could be yours when driven to extremity.
Available Qty: 2
Price: £6.99Price: £16.99

Sussex Cavalcade (paperback)
"Sussex Cavalcade" tells the fascinating story of men and women of the county who have made their contribution to history in so many different ways. What they had in common was residence in, or a love for, the county of Sussex - a thread which joins them all together in building a heritage of infinite variety. The final chapter, The Passing Centuries, provides the background history of the county which had some claim on their lives - a history full of the many colourful characters who inhabited it. 'Delightful reading for everyone to whom Sussex has a special significance - and for anyone who wishes to marvel at the rich and lasting contribution of a single English county.' This new edition of "Sussex Cavalcade" has been revised and added to by Michael Smith, well-known author, broadcaster and lecturer on Sussex topics, and is profusely illustrated with his own photographs. It has a comprehensive list of books for further reading, and a clear index to people and places.
Price: £9.95

Space Minders 1: The Green Glow (paperback)
'I am Pik. I am from Zeta, a far-off planet,' he said. Mike wanted to know more. 'You look just like me!' he said. 'Why are you here?' 'I will answer all your questions,' said Pik, 'but first, please help me. I need to hide the bubble.' 'Bubble? Oh you mean the spaceship,' said Mike. The craft was small and round and did look like a bubble. 'It can go in the old barn. No-one goes there in winter.' Mike and Pik, who look like twins, have some great adventures at school. And Mr Spencer, the nasty maths teacher, is soon brought to justice with the help of Pik's special powers.
Price: £2.49Price: £3.99

Gladys is a sleepy, friendly dragon who doesn’t fly any more. She will tell you she has ‘quite given up’. But in her dreams she does fly, and in some of her adventures she flies off to a castle of long ago where a young girl called Gwendolyn lives. 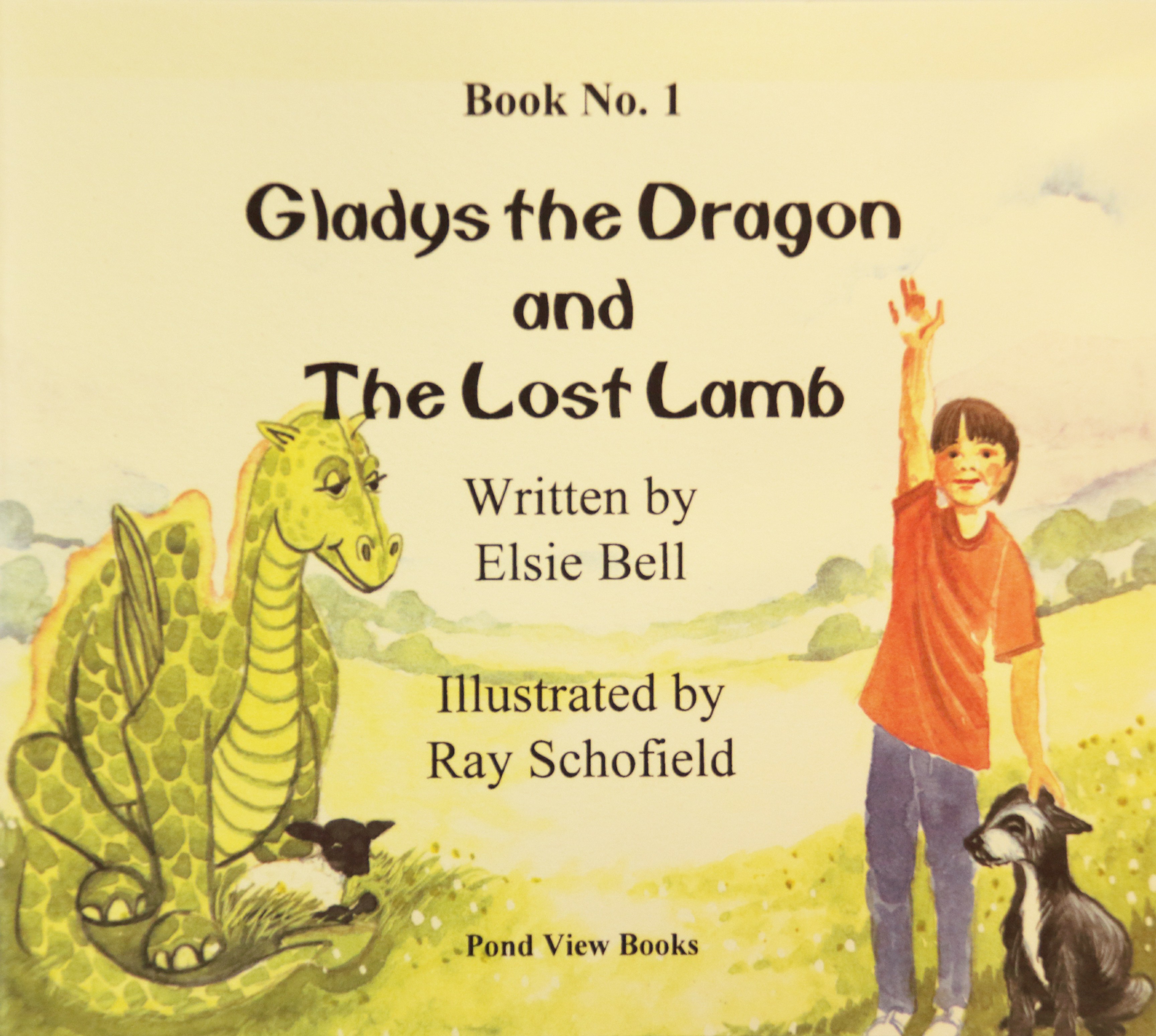 Dan the handyman lives with faithful dog, Houva, in Fixit Cottage in the country village of Thistledown Green. He has a yellow van with a ladder on top and on the sides of the van, it has: DAN THE HANDYMAN, NO JOB TOO SMALL, I CAN DO THEM ALL.

Dan can fix anything. He is a happy man. He likes helping people, and, often as he works, he makes up little songs that he sings to Houva. Dan and Houva have lots of adventures together. We hope you enjoy all the stories in the Dan the Handyman Series.

Delightful, illustrated stories for children, which adults will enjoy sharing with them. For the younger reader, a short easy-to-read sentence is included under each colour picture. Superbly illustrated throughout, Marlene Keeble has used both detailed watercolours, and pen and ink drawings to bring alive the little bears and their habitat in “Bumblewood.”

If you would like to see what printed books and e-books we currently have on offer, please click here.
Search e-books

Password Reset
Please enter your e-mail address. You will receive a new password via e-mail.
We use cookies to ensure that we give you the best experience on our website. If you continue to use this site we will assume that you are happy with it.Ok