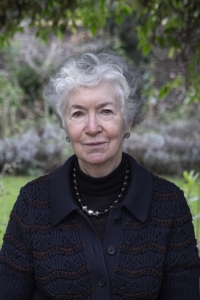 Ursula Howard’s working life in adult literacy and community publishing showed her how learning, determination and the power of writing can change lives. Names, voices and life stories replace silences and assumptions about the lives and culture of others.
At the Institute of Education in London (UCL) Ursula was Director of an international literacy research centre. Building on a Sussex University DPhil, her book Literacy and the Practice of Writing in the 19thCentury: a Strange Blossoming of Spirit, (2012) was well received and widely cited. She has an honorary doctorate from Wolverhampton University.
Ursula grew up in Manchester, and has been preoccupied ever since by social history and its relevance to the present. She is a great-granddaughter of Ebenezer Howard, the son of a London pastry-cook who became the visionary founder of the Garden City movement. This new book links his astonishing achievement to the life stories of poor Irish immigrants in 19th-century Scotland – the forgotten Quinn family, one of whom defied the odds and found her own life.